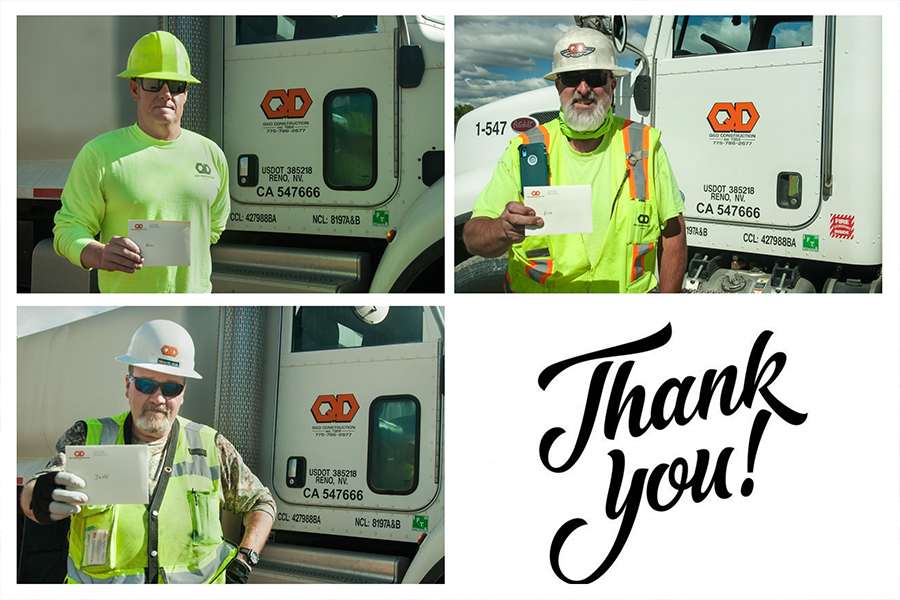 Last week three Q&D employees working at the new Procter Hug High School (Wildcreek location) extinguished a fire that nearly reached an apartment complex in Sparks. The three water truck drivers teamed up to subdue the flames prior to the fire department arriving, keeping the damage minimal for the neighboring area.

After being thanked by the fire department, drivers Jeff Markey, Erik Anderson and Alan Sharp were presented with a $50 gift card to Sportsman’s Warehouse. Both Markey and Anderson admitted it was not the first fire they had helped put out in their time with Q&D. Sharp, a retired firefighter of 22 years, helped make quick work of extinguishing the fire.

All three drivers said it was great to be thanked by the local fire department and they agreed the Nevada’s fire season is an all-hands-on-deck matter. Q&D expresses deep appreciation for these employees and thanks them for their heroic efforts.