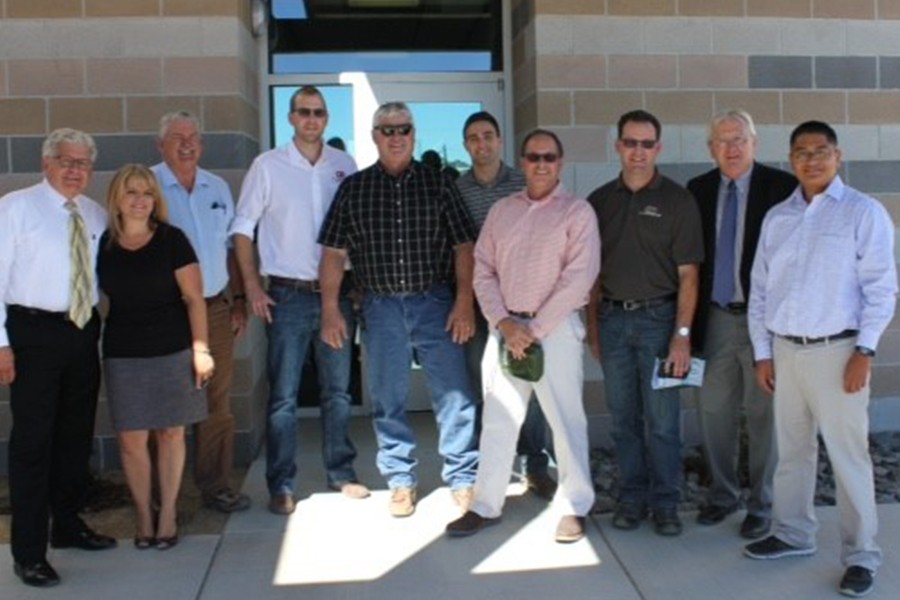 The Reno-Sparks Indian Colony (RSIC), along with project partners and community leaders, hosted a ribbon cutting ceremony for the Northern Nevada Transitional Housing Center (NNTHC) CMAR project on Wednesday September 23, 2015. Q&D was the construction manager at risk (CMAR) for the project, working alongside the NV State Public Works Division, H+K Architects and the Department of Corrections to align the project budget with the design and also help manage the overall process on a project with many stakeholders. The NNTHC, to be operated by the Nevada Department of Corrections, and eventually owned by the State of Nevada, is in the final stages of a real-estate and business collaboration initially undertaken in 2003.

“By having a vision and taking advantage of an opportunity, we can accomplish great things working with one another,” said Arlan D. Melendez, tribal chairman for the RSIC. “This collaboration is a prime example of those great accomplishments.”

Formalized in 2005 by the Nevada State Legislature with Assembly Bill 299, by the RSIC, the Nevada State Public Works Division (SPWD), Washoe County School District (WCSD), the Nevada Department of Corrections (DOC) and the Nevada Division of State Lands, this collaboration will benefit all parties through increased revenue, new community amenities, revenue sharing for education, and increased urban development and private partnerships.

This project which began over a decade ago will fill several needs for the RSIC, the DOC, and the WCSD.

In 2003, the RSIC was approached by Walmart Stores Inc., to lease space for a Supercenter. This idea appealed to the Colony’s leadership for two reasons.

First, it would redevelop, cleanup and change the land use to the adjoining neighborhood. Plus, the addition of a Supercenter would provide sufficient revenues for the RSIC to finance, design, and construct a much-needed health center for its 1,100 tribal members as well as 7,000 Northern Nevada Urban Indians.

At the same time, the DOC’s needs changed. It contemplated expanding its mission from just incarcerating offenders to also become a transitional center which focuses on skill development. However, the current restitution center at 2595 East 2nd Street was originally constructed to be a penitentiary. Plus, it only accommodates male trustees and its average capacity is 85 residents.

The future home of the NNTHC will serve up to 119 trustees, both men and women, with the potential to expand to 132 beds. All residents must meet strict, specific qualifications as per state guidelines.

Furthermore, in 2003 the WCSD leadership projected a severe, future funding problem for new school construction and needed renovations of its older schools. AB299 dictates that a portion of the sales tax revenue from the Superstore on RSIC property be paid to the WCSD. Officials at the Colony anticipate that amount to be $500,000 annually with an increase to about $1,000,000 when the loan for construction expires.

Wednesday’s ribbon cutting will celebrated the completion of construction for the state’s new, $8 million housing community. With oversight from the SPWD, H+K Architects led the design team and Q&D Construction served as the construction manager at risk, providing preconstruction planning and budget management services, as well as general contracting services.