To maximize the historical accuracy of the reconstruction of this 1.1-mile section of the V&T Railway, which is listed on the National Register of Historic Places, Q&D worked closely with the Commission for the Reconstruction of the V&T Railway (Commission) as they carefully planned the alignment and aesthetics to be consistent with the historic railway’s original route and character. It was also important that the team plan the work around the many historic sites adjacent to the roadbed and adhere to the strict FRA Track Safety standards.

The Virginia and Truckee Railroad (V&T), known as the “Queen of the Short Lines”, first rolled in 1870. Its legendary engines and engineers opened the silver hills of Nevada’s Comstock Lode through some of the steepest and curviest rail lines in America. The Commission for the Reconstruction of the V&T Railway is overseeing the historical rehabilitation of this railway to accommodate historic railcars and tourist travelers between the Nevada cities of Virginia City, Carson City and Dayton, traveling from the Carson City railhead to Gold Hill. The reconstruction will increase tourism, further develop the area’s economy, and provide an estimated 855 full-time equivalent jobs in just the first two-year construction period.

[O]n behalf of all of the Members of the Commission, I would like to thank and commend Q&D for embracing the regional importance of this project and their proactive approach to reaching the goals of the project. Q&D consistently acted with the upmost professionalism in the best interest of the Commission throughout the project. We cannot thank Q&D enough for their positive attitude, constructive suggestions and overall concern for the success of the project.

Phase 3A of the Reconstruction of the V&T Railway extended the historic tracks slightly over a mile into Santiago Canyon above the Carson River near Moundhouse, NV. The project also included the construction of a railway depot with a passenger loading and unloading platform, a water fill stand and associated utility work to service steam locomotives, a souvenir shop, and a ticket counter for the railway’s operator.

The earthwork scope of work performed during Phase 3A included in excess of 25,000 cubic yards of excavation, nearly 3,000 cubic yards of railway ballast, and the construction of numerous timber crossings to maintain Federal Bureau of Land Management access to adjacent properties.

Modern materials were sourced and in some cases custom-fabricated to construct a passenger loading platform and a steam engine fill-stand that accurately replicated historical aspects that may have been present on the original alignment.

The team worked diligently to incorporate a small solar panel array atop the building, out of view, that now powers the souvenir shop, ticket booth and parking lot lights while reducing the environmental impact of this portion of the project, as well as reducing future operational costs for the Railway. 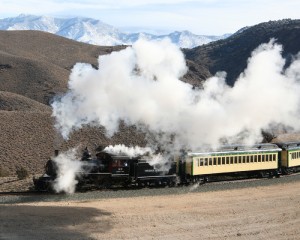 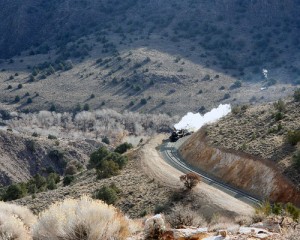 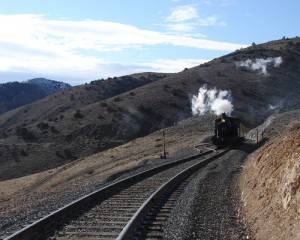 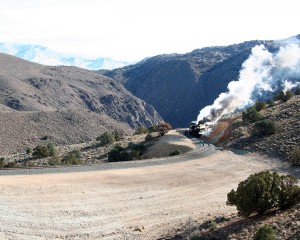 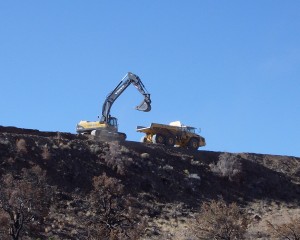