Old office and atrium spaces in what was once Reno’s City Hall have been re-imagined into hands-on “exhibits” where children K-12 can experiment with art, learn about space, pretend to fly a plane, play in a scale model of the Truckee River, among other things. The project brings more light and life to a neighborhood that is a combination of commercial office, government administration, and residential spaces. It offers wholesome family activity for the Reno-Tahoe community’s families.

Preconstruction and phased construction took place over 5 years, in tandem with fundraising goals and milestones, culminating in the final construction phase over the past year. The building was initially plagued by nearly all the detrimental problems we see in older buildings: asbestos, leaking roof, tangle of old unmarked utilities never brought to code, aging equipment, leaking walls, and poor energy performance.

Shifting fundraising targets due to the recent recession kept the preconstruction team on their toes, pricing alternates and value engineering strategies to keep working the program back to the budget. No one from the team of designers, construction managers, subcontractors and customer ever gave up on the project.

We couldn’t have asked for a better contractor. It has been a pleasure to work with you and every one of your employees. You have delivered the nearly impossible – a world-class facility that will change the lives of so many of Northern Nevada’s children. And, you’ve done it with a grace and professionalism that is rarely seen in any industry these days…The Terry Lee Wells Nevada Discovery Museum is the latest evidence that Q&D Construction are the leaders in your field.

SYSTEM HIGHLIGHTS
The roof, old and leaking, was constructed of vermiculite over a gridded gypsum sheathing rarely used in our area but still serviceable in many places. Patched and cobbled together over the years, and not recently maintained, it was in need of work. NVDM could afford to completely gut and re-roof, but not without sacrificing or postponing exhibits and other critical project work. Q&D surveyed, selectively demolished, added tapered insulation, and re-roofed at a considerable savings, all while bringing drainage and curbs up to code.

FINISH HIGHLIGHTS
When the NVDM hit their first major fundraising milestone, allowing them to purchase the building, the team was able to start investigating existing conditions, and performing exploratory demolition. Major concerns included the structural condition of the existing parking garage, the existing support for the lobby area to be expanded, and the condition of under-slab waste piping beneath the ground floor. Other concerns related to the age of the building included abatement, a tangle of non-as-builted walls and utilities, an old roofing system, single-pane windows, ADA access, sagging/bowed walls…the list goes on.

Q&D and the design team ticked them off one by one, reinforcing the parking garage with structural epoxy, opening up existing footings to dowel and expand them and camera-ing the existing waste piping – and finding many breaches. Because of this plumbing survey, Q&D was able to target repairs, and turn over a building that NVDM can be confident will operate smoothly.

The original use of the building was the 1964 Reno City Hall, designed by DeLongchamps O’Brien and Wells Architects. It incorporates beautiful copper paneling on the inside and the outside of the structure. Changes made with respect to maintaining the existing structure and architecture included:

"We couldn't have asked for a better contractor. It has been a pleasure to work with you and every one of your employees. You have delivered the nearly impossible - a world-class facility that will change the lives of so many of Northern Nevada's children. And, you've done it with a grace and professionalism that is rarely seen in any industry these days...The Terry Lee Wells Nevada Discovery Museum is the latest evidence that Q&D Construction are the leaders in your field.
- David Tesseo, Executive Director" 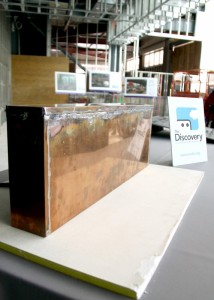 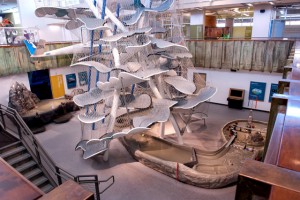 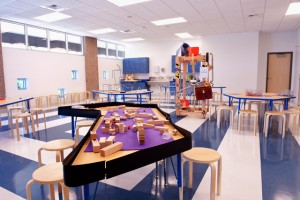 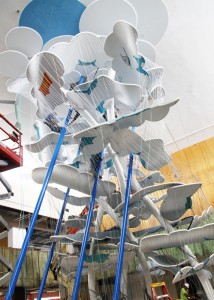 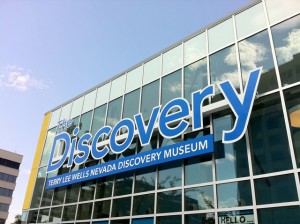