The Moana Lane Expansion project expanded a portion of the western side of Moana Lane from four to six lanes. The project boundary stretches from Baker Lane, one block west of Virginia Street, to Interstate 580 – approximately 1.5-miles. The area is a resort/business corridor and was identified by RTC as a priority project to “reduce existing congestion, increase safety and provide future capacity” to residents and visitors of the area.

Prior to the project, Moana was often congested, backing traffic up onto I-580 or into the heart of the city core tying up traffic on major arterials like Kietzke or S. Virginia.

The project was completed 6 weeks ahead of schedule. Q&D returned budget funds as a Value Engineering Proposal (VEP) and reduced the project time officially by 15 days in order to expedite the project using 24-hour shifting (triple shifts), with approval from the Owner and local business representatives. The project, which was exposed to 25,000 motorists and hundreds of pedestrians daily, did not have any recordable incidents, had a very low number of public complaints and incurred only two minor traffic accidents. Media awareness and direct business-to-team contact was initiated by RTC to keep visitors flowing to the area’s economy and the team celebrated the completion with a parade and extensive media coverage to encourage people to continue to patronize Moana businesses. The workmanship, including over 19,000 yards of concrete and over 10 lane miles, is outstanding. The project created 215 jobs.

“Q&D performed admirably in completing this difficult project approximately six weeks ahead of schedule.  Some of the challenges faced by Q&D Construction on this project included maintaining traffic and business access at all times, continuous coordination with concurrent utility relocation contractors, a short contract duration and coordination with NDOT’s contractor [working on a neighboring project at the] project limits”

The widening would encroach on existing properties and affect businesses. To enable the widening, RTC worked with local business tenants to relocate, acquiring property and relocating utilities to enable the project to move forward. As-built conditions under the roadway, which has been a part of Reno’s core for over a century, were not known at the start of construction. The team replaced storm drainage and removed old irrigation gates placed over 50 years ago when the land was mainly used for ranching.

Concrete pavement requires time to cure, meaning that once poured, large sections of lane expansions are exposed and look completed to pedestrians and motorists. Notification and education of the public were important steps, along with overlapping the pour schedules and carefully orchestrating the switching of temporary traffic routes. 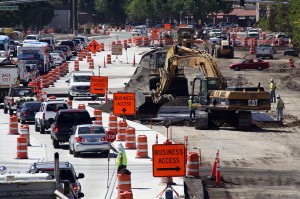 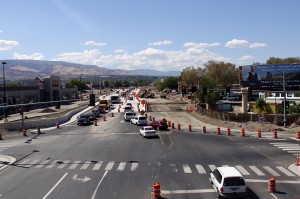 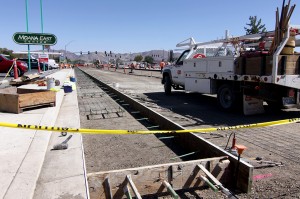 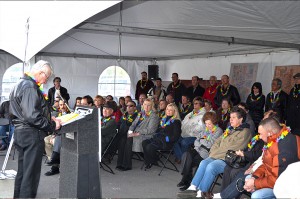 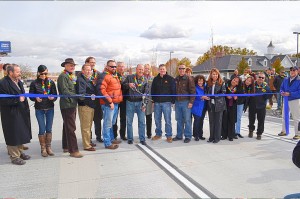 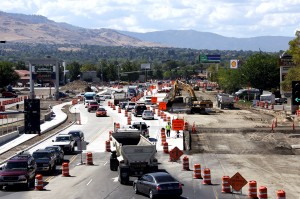