How did Q&D, NDOT and their team of stakeholders keep it “business-as-usual” while completing this CM at Risk road reconstruction project one season early?

Planning the work
Working to satisfy the interests of a lengthy list of stakeholders that included residents, visitor associations, regulators, legislators, resort owners and local business owners, Q&D put together a plan that seemed to have it all – a necessary detour, sensitivity to the environment, working around everyone’s schedules, getting the project done on time, and following the rules. It’s professional to bring a draft plan to a meeting that is well-thought-out and may just need some final adjustments. But at the first public meeting to discuss the plan, it was clear a new and better plan was needed.

The planned detour route between Minden and Stateline circled travelers up and over Spooner Summit, back down to Glenbrook and along Highway 50 at the lakeside – an addition of over 40 minutes to the commute. It was planned as the least inconvenient alternative access. Local business and resort owners (within the construction zone) and resorts, casinos and cities and towns on either side of the route felt that a closure and detour would discourage visitors from either direction.

Working the plan
As the CMAR, Q&D worked alongside NDOT, taking this feedback to heart. With a short fuse, the team came up with an alternative plan to mitigate these major concerns, while still meeting lake water quality standards by limiting work to May 15 to Oct 15 every year and not working at night. Instead of a full road closure, Q&D would work with a full contingent of flaggers – 43 total at the height of the project, where typically 4 would suffice – in order to keep the road available for visitors. The team planned toll-style gates where travelers who had been issued special passes as residents or by businesses as part of their rental or hotel stays could enter the construction zone, but generally people were asked to use the alternate route.

Collaborative approach saves millions and allows project to finish early
Q&D also shifted the construction sequencing to accommodate this partial closure. Q&D proposed night work to the residents and with their approval and agreement from regional authorities, night work in some phases helped to expedite the work. A major event in the town of Genoa, NV, outside Minden, provides major funding for town initiatives and attracts visitors from all over the region – and has for over 90 years! Q&D planned ahead to cease activity for this weekend event and open the road to all traffic to ensure Genoa could get the most visitors possible. The additional phasing, gates and traffic control impacted the project by $70,000 but were the team to return to a zero-closure project, with full traffic, the cost would have been approximately $1,800,000, so being able to find a compromise with the area’s communities was a big savings to the project overall.

Q&D worked around a high concentration of residential and commercial properties in a major resort area by keeping up a very effective public information campaign and by working with our tradespeople and subcontractors during daily safety meetings to confirm everyone’s understanding of how to treat the public as our own neighbors (and in some cases, they were!)

Q&D worked within the shortened season and even finished an entire season early by promoting cooperation with residents and business representatives. Every one of them felt that their concerns were being taken seriously throughout the planning process. They were presented with the option of finishing early with some short timeframe of discomfort (minor closures and night work) vs. a longer construction process. All chose the shorter process. And the project was shortened by two months (6 months overall not accounting for winter shutdowns.)

“The success of this project can be accredited to the efforts demonstrated by Q&D construction during both preconstruction and construction. Q&D’s extensive partnering and public outreach with the numerous high-profile stakeholders before and during construction continues to provide the NDOT with the public’s appreciation.”

“I complimented Q&D in the past for taking the very open and partner orientated approach that you employed on this key project. I just wanted to take the opportunity to thank each one of you for the professional and high quality work that has been done so far on the Kingsbury / 207 project. Your attention to detail and the manner in which all of the project employees have handled this project is far above my and many others expectations. It hasn’t been the inconvenience we envisioned and the work has proven to be of a very high standard.”

“Q&D was proactive from the start of the project until the end. Pre-construction meetings with stakeholders were numerous with the Q&D staff empathetic and receptive. During construction, communication was constant and informative. Post-construction feedback was requested and appreciated by Q&D. This was a true partnership to get needed work done. Our community was so appreciative of how professional and timely Q&D performed, we threw them a thank you party! 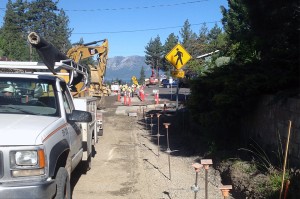 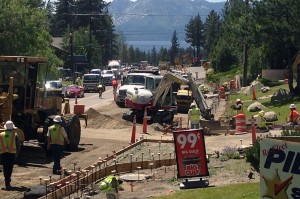 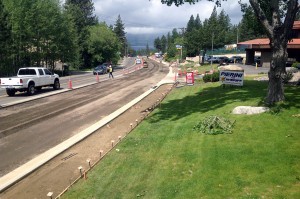 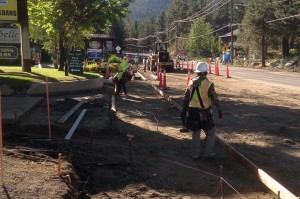 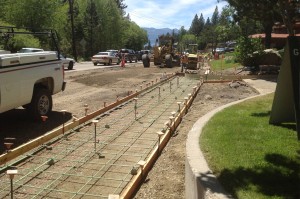 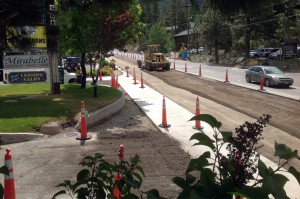