NDOT selected Q&D through a qualifications-based CMAR selection process to work alongside their team and to collaborate on innovative ideas to save money and time on this critical project. The CMAR collaborative project delivery method led to outstanding team innovations, saving the project money and time and adding value to the project.

Background about this roadway
Interstate 80 is an east-west transcontinental highway that cuts through the Northern Nevada region. It is a main thoroughfare for truck-delivered goods and adjacent rail-service between the Midwest and the San Francisco Bay Area and points in between. Maintaining traffic flow and driver safety along this route is a high priority for NDOT. A shutdown of any portion of this road could cause a nationwide traffic problem. The Carlin Tunnel is a set of four bores (two for the interstate and two for rail traffic) that are cut through the Humboldt River’s Carlin Canyon, east of Carlin, NV which is about 100 miles west along I-80 from the Utah-Nevada border. The two interstate tunnels were opened in 1975.

Teamwork and innovation
Each project component – road, bridge or tunnel – had its own inherent ideal repair and cost solution, but each did not solve the overall project equation. Balancing the scope and spec requirements against the budget took teamwork, innovation and participation from all project stakeholders.

“Your collective efforts exemplify that Q&D is committed to effective and innovative solutions by applying $3 million of savings to the Department and slicing a year from the project schedule. We faced tremendous challenges in regards to an aggressive construction schedule, first-of-its-kind tunnel lighting system, and complex bridge construction. Through cooperation, good faith and communication the Q&D team clearly demonstrated its ability to overcome obstacles and jointly solve problems.”

Lighting Innovation
NDOT’s innovative vision for the project included a new tunnel LED lighting system with sensors to help improve driver safety at the entrances and exits. Outside sensors measure the ambient light levels and duplicate them within the tunnel during the day, and provide a low-glare light level at night. This newer technology had a long material lead time, as did the bridge isolation bearings noted above. The long lead time meant that the project would finish a year late, in 2015. The CMAR team recognized this disconnect early in the process, moving the lighting, bearings and additional site logistics scope like detour paving, to an early GMP which was bid out and approved in time to keep the project schedule. The CMAR process allows teams to make these kind of adjustments and brings on the professional construction expertise during the procurement to help identify potential pitfalls early and mitigate them. This saved the project 2 months of construction (excluding the planned winter shutdown) or 6 months overall.

Structural Innovation
The two innovative solutions with the most impact on the project was an alternative way to reconstruct the white paving (concrete pavement) and the raising of the bridge deck structures. The reconstruction was a considerable portion of the scope, and the difficult task of “digging out” white pavement was going to occupy much of the critical path. In lieu of breaking up and removing all of the white paving, placing base and repaving, the team reviewed the option to rubbilize (break up concrete in-situ to create new road base) to and repave the existing section and repave with a modified structural section that would allow the alignment to complete at the correct grade.

Rubbilizing and repaving added 8 inches to the roadway elevation and would not match grade with the bridges. Since the bridge repair included installation of new seismic isolators, the team strategized to raise the superstructure elevation 8-inches and redesigned the isolators to include the additional 8-inches. Between these two innovative processes, the rubbilization of existing pavement and the raising of multiple bridge deck structures, the NDOT and Q&D CMAR team saved the project in excess of $2,500,000.

The team considered many other innovative options to save the project money. Examples include encapsulation of lead-based paint on the bridge girders, use of alternative bearing design, alternate mix designs, revised pour sequences, rail height adjustments, upgraded fixtures and more. Because the team included designers, owners, consultants and the construction manager at risk, each potential innovation could be evaluated on its merits, priced and overlaid with the schedule constraints. The result was a more informed team with a lean, focused decision-making process.

"Thank you for your commitment to excellence and for embracing the CMAR delivery method. We faced tremendous challenges...Through cooperation, trust, good faith and communication, the Q&D team clearly demonstrated its ability to overcome obstacles and jointly solve problems. Q&D has set the standard of excellence for the contracting community in the State of Nevada." 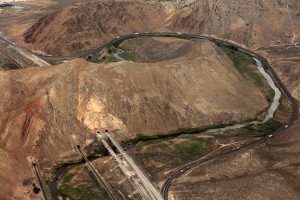 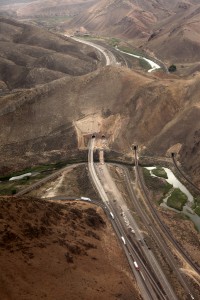 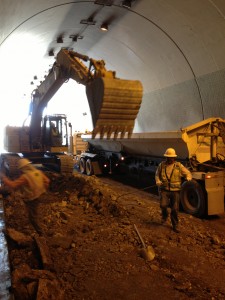 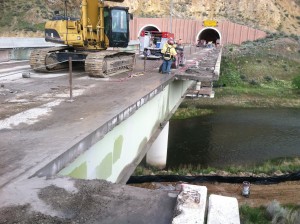 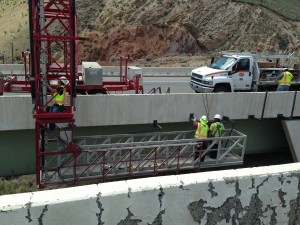 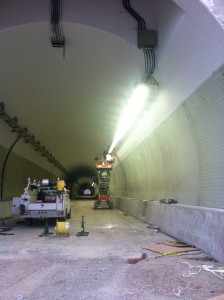 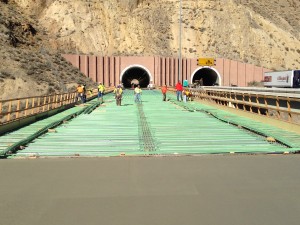 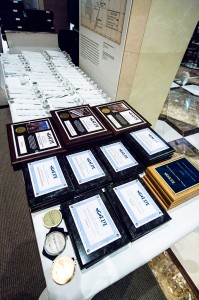 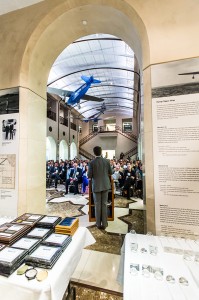 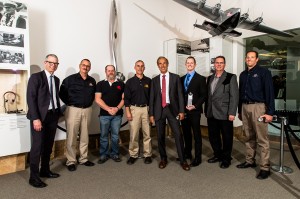